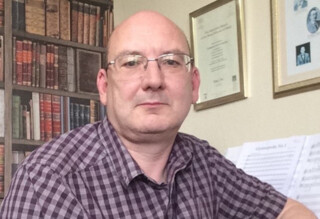 Stephen Wood was born in South Yorkshire and began to play cornet and piano at an early age, joining his Father and Grandfather in the local Salvations Army Band (moving to the Wakefield Schools Brass Band and Metropolitan Brass Band on Soprano Cornet from the age of 11).

An interest in composing and arranging developed whilst studying for A levels with works being written for and broadcast by the Grimethorpe Band, Black Dyke Band and the James Shepherd Versatile Brass. On graduating from the City of Leeds College of Music (where Stephen was awarded the Robert Tebb Scholarship and the College Brass Prize) he worked as a freelance trumpet player on a number of shows, including broadcasts for the BBC.

Stephen was one of the first students to undertake the Brass Band conducting Postgraduate at the Royal Northern College of Music with Howard Snell and Dr. Nicholas Childs, and since 1994 he has worked for the Wakefield Music Service as an Instrumental Teacher, Head of Brass and currently Head of Centre.

Throughout this period Stephen has continued to compose and arranging numerous pieces for many of the brass bands in the local area as well as pieces for the International Staff Band of the Salvation Army, and numerous educational works for Brass Band, Wind Band and Orchestra. 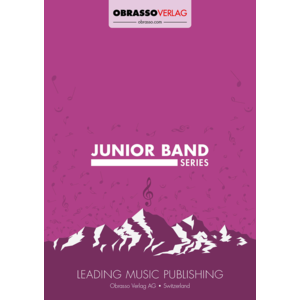 From "The Wizard Of Oz"